01.11.2017- “An extensive green roof only needs to be irrigated during the establishment period.” This statement doesn’t apply to all climatic regions, of course. It’s plausible that in dry climates around the Mediterranean an extensive green roof also requires additional irrigation. Also, in Canada there are certain areas that suffer long, dry periods. There is an increasing number of such regions due to climate change. For areas that have a dry climate, the new “Irrigated Extensive Green Roof” system offers a very efficient and inexpensive solution.

In contrast to a conventional sprinkler irrigation system, ZinCo has developed an innovative capillary watering method which has considerably reduced water consumption as the water is available directly in the root area and does not partly evaporate on the surface. Also, in comparison to the conventional dripline irrigation system, the new “Irrigated Extensive Green Roof” with its intelligent water distribution fleece has a clear advantage given that considerably fewer driplines are required. This means a lot of money is saved with regard to installation and water consumption.

The lower part of the irrigated green roof assembly is the same as the unirrigated. It consists of the protection mat ZinCo TSM 32 or SSM45 and the drainage and water storage element Floradrain® F25-E or FD40-E. This 25 mm or 40 mm element is made of recycled plastic bottles and has water storage cells, openings for ventilation and diffusion and an underlying continuous channel system.

This is followed by the newly developed Aquafleece AF 300 system as a significant and integral part of the new “Irrigated Extensive Green Roof” system. Due to its double-layer design, the Aquafleece AF 300 is capable of distributing the water coming from above across the entire area. The underside of the thick fabric of the Aquafleece only lets the water drip through if the upper side of the fleece is totally saturated.

Driplines are attached to this Aquafleece using Velcro strips at intervals of about 50 cm. Therefore, if there is no rainfall, additional irrigation will take place using an automated system. The irrigation system can programmed to supply water in intervals, means that water is available continuously in the Aquafleece. It reaches the overlaying growing medium through capillary effect and is available to the plants directly in the root area. A depth of about 8 - 10 cm of growing medium ZinCoblend-E is perfect for the appropriate plant community “Sedum Roof" or "Sedum Roof Plus”.

The fact that the drainage element beneath the Aquafleece can be chosen to match the roof pitch means that the system is very flexible and is suitable for roofs with a pitch from 0° to over 5°. Smaller roof irregularities with ponding can be easily dealt with.

Suitable for use in many different regions

The “Irrigated Extensive Green Roof” will be widely used as an efficient, inexpensive irrigation option during dry and hot summers. As mentioned above, regions with a temperate climate are faced increasingly with dry periods. In Canada, for example, this is the Greater Vancouver Area and the Greater Toronto Area. The annual average precipitation in the region is at times considerably below 500 mm.

If you choose an “Irrigated Extensive Green Roof” you will have the advantage of it already being available in the sensitive plant establishment period, therefore, enabling a fully needs-based irrigation.

The new System Build-up “Irrigated Extensive Green Roof” with its highly efficient capillary irrigation system will manage to strike a balance between a cost-effective solution and the permanent proper functioning of a green roof in dry climates. Only a healthy and lush plant growth will be capable of exploiting the ecological and economic advantages of a green roof for both humans and the environment. And another thing – it also looks great! 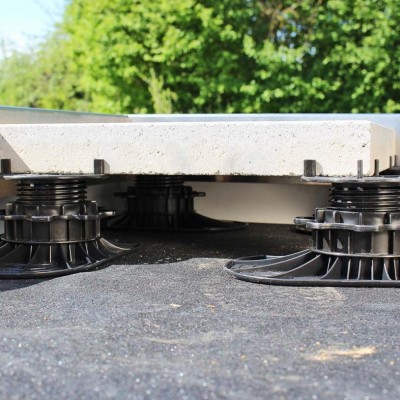 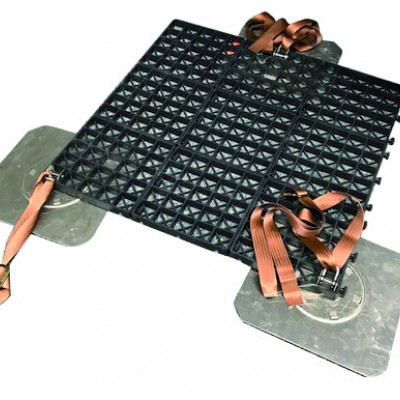 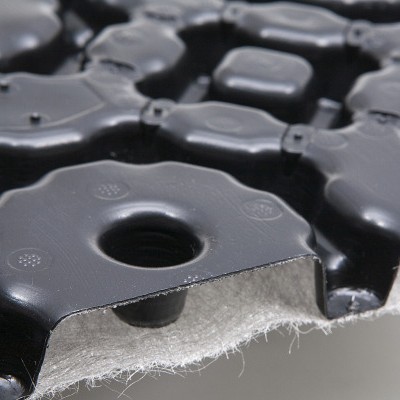